Recently Alex and I learned of a Kickstarter project which aimed to raise enough money to film a feature length documentary on the rise of indies in the gaming industry in Australia and across the world. We decided that it would be good to back this project to support the local industry and thought we’d have a look at their website to learn a little more about the project. What we found surprised us: 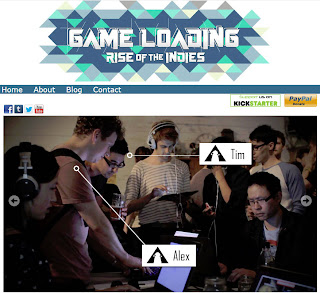 The very first image on the landing page featured none other that Alex and I doing what we love most, playing games and drinking beer. Hopefully this is a sign of good things to come.

.. Fingers crossed we don’t star in the sequel, Fall of the Indies.